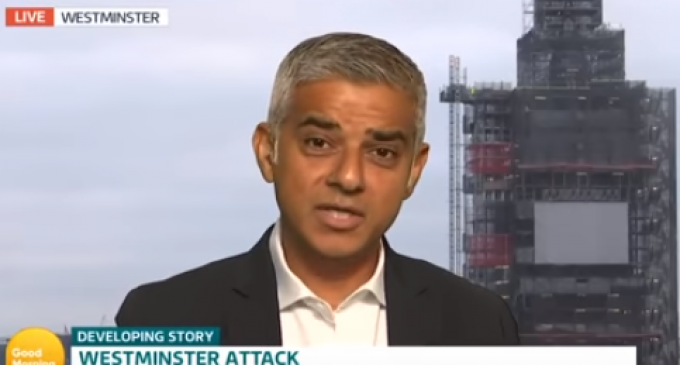 London’s first Muslim mayor, Sadiq Khan, has a unique proposal in response to a suspected terror ‘car attack’ on Tuesday that injured a number of cyclists and pedestrians: ban cars.

After nearly 100 years of gun control in the United Kingdom, Mayor Khan began looking at implementing knife control in order to stop a recent wave of murders.

No excuses: there is never a reason to carry a knife. Anyone who does will be caught, and they will feel the full force of the law. https://t.co/XILUvIFLOW

At least 51 people have been fatally stabbed in London year-to-date and up to the end of April law enforcement recorded a total of 1,299 stabbings in the city.

Violence in London continues to increase at alarming levels regardless of the weapons used by those committing acts of aggression. Even though gun and knife control have completely failed to curb violence, Khan is now looking at banning cars in certain parts of the city to stop terror attacks.