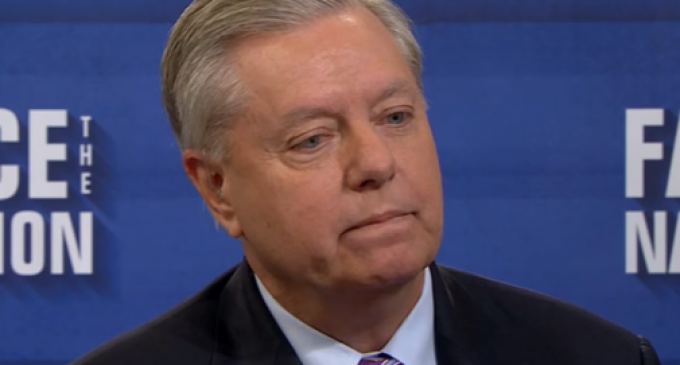 Against all odds Donald Trump has overcome unrelenting opposition to become President of the United States, but the GOP establishment is still looking for ways to sabotage his agenda and undermine his presidency.

Among the many rogues that made up the failed Never Trump movement was none other than South Carolina's Senator Lindsey Graham. Along with John McCain, he was one of the most vocal as well as one of the most senior critics of the populist conservative, denouncing his calls for a rational foreign policy as “isolationist” and claiming that he didn't have the experience or temperament to hold office.

It appears, however, that Americans didn't care much what Graham had to say because Trump is in the White House now and ready to work with Congress to make good on his campaign promises. At least, he will if Graham and his ilk don't have their way.

Turn to the next page: