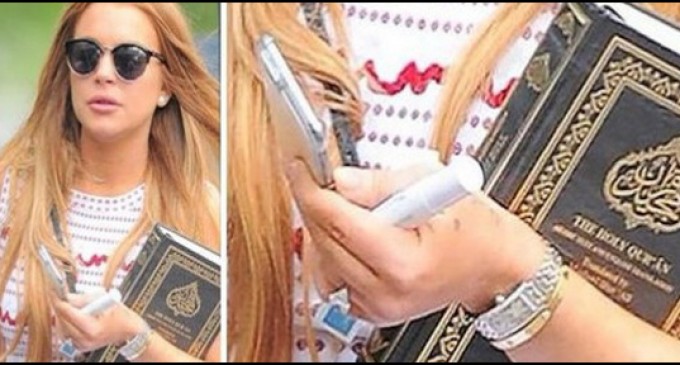 Lindsay Lohan hasn't been in the news lately. You're likely either delighted by that fact or didn't notice — but she's made her way back into the headlines this week for comments she made about the Koran.

The former child star found success in teen comedies such as Confessions of the Teenage Drama Queen, but was plagued by drama of a different sort as she attempted to transition into more dramatic roles. As she tried to break out in critically panned appearances in low-budget fare like Liz and Dick, she stayed relevant only due to the salacious nature of her everyday life. Frequent trips to both rehab and jail plagued the former child actress, but she's claiming to have found peace through one of the world's most controversial books.

Now the oft-addicted and frequently-convicted Lindsay Lohan is attempting to give away the secret to her “success”. See what she said about the Koran on the next page: