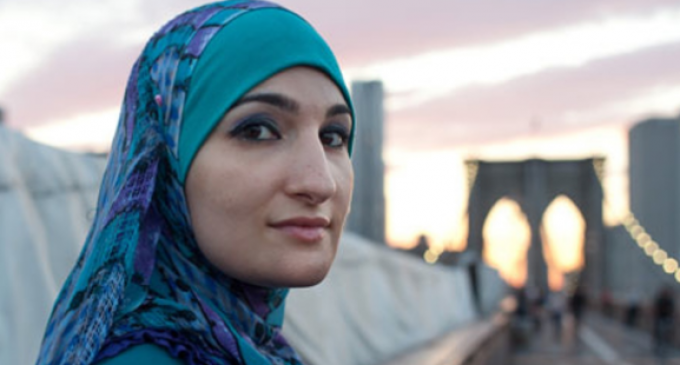 The left will always tell you that “Islam is a religion of peace”, and that some women a part of this religion merely possess an innate desire to be subservient and mistreated by their radical male family members. And a lot of this likely all ties back to the indoctrination of their “strong female leaders” such as Linda Sarsour. One has to imagine this woman just might suffer from the strongest case of Stockholm Syndrome ever witnessed.

How else can you explain the left dragging this woman out as representative of “feminist Islam” in a desperate attempt to mainstream the “Religion of peace?”

Palestinian-American activists, Women’s March Co-founder, and former executive director of the Arab American Association of New York, Linda Sarsour specializes in kissing the buttocks of the liberal establishment while remaining true to her religious roots. Such dedication has brought us such gems as “Muslims can’t assimilate. So Americans are terrorizing us” or “I wish I could take their vaginas away. They don’t deserve to be women”. But that is not where all this insanity ends. The woman the left proudly marched out to say the “Prophet Muhammed was a feminist” is also being accused of treating women like a mid-century barbaric women-hating savage.

Head on over to the next page to learn about the recent reports being uncovered showing Muslim activist and Women’s March co-founder Linda Sarsour might not be treating women like a “feminist” should.