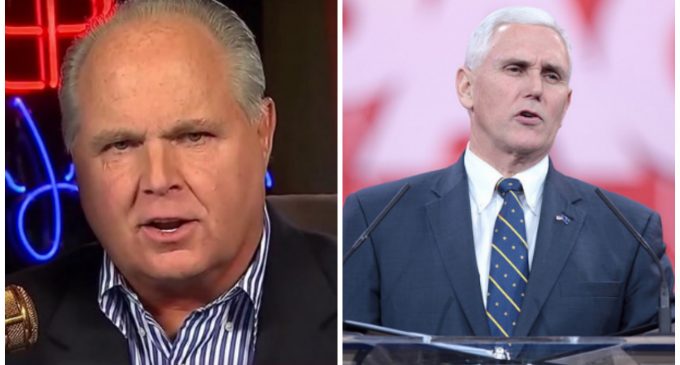 During the 2016 presidential campaign, Rush Limbaugh was a vocal supporter of Donald Trump, even in the face of an arguably more conservative candidate in Ted Cruz. Now that Trump is president, however, the talk radio host has been a bit more tepid with his praise.

Of course, it's not all bad news from Limbaugh. After Trump's first press conference as president, Limbaugh lauded Trump's performance, claiming he had “never seen anything like it.” And, of course, Limbaugh has always been quick to defend Trump from attacks from the liberal media.

But Limbaugh has some concerns, as well. Despite the fact that the president's record has so far been overwhelmingly conservative, the talk radio host seems upset that the president allowed Democrats to control the terms in much of the recent budget debate.

This week, on his radio show, Limbaugh confronted Vice President Mike Pence about the GOP inability to fend off Democrat policies.