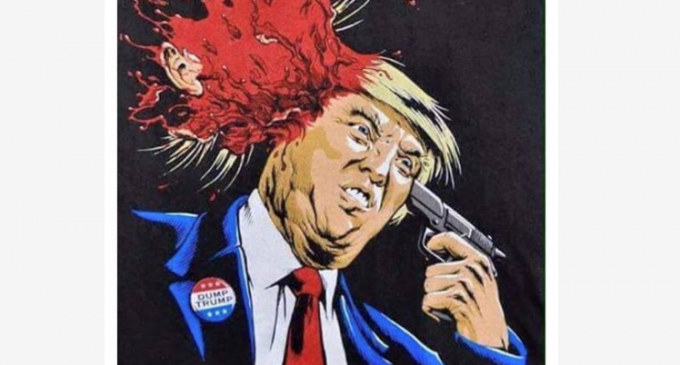 When leftists are mouthing off about their latest “moral” crisis, you can be assured they are not practicing what they preach.

Senate Majority Leader Loretta Weinberg has been an anti-2nd Amendment zealot for many years. She tried unsuccessfully to regulate firearms and demand fantasy features like “smart” guns with legislation that basically destroyed any chances the left had with that silly angle. She admitted she screwed up in Bloomberg piece recently.

Years before that ingenious foray, she lost over one million dollars to her friend Bernie Madoff.

Can we please stop re-electing the leaders who have proved their ineptitude?

Now the Senator's middle-aged son is making a mess with his absurd posting of a violent image featuring Donald Trump.

The apple does not fall far from the tree. Perhaps the Senator should give her boy a bigger allowance so he doesn't play online anymore.

See the next page for Daniel Weinberg's clumsy attempt to make a point.