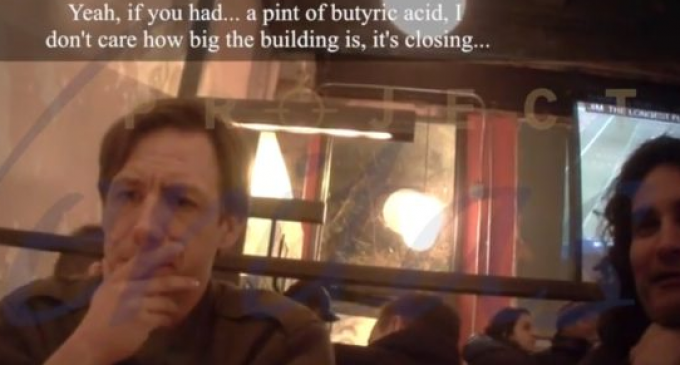 The liberal media has been trying to burry the fact that protestors are trying to sabotage not just various Conservative meetings leading up to the inauguration, but there's also talk of sabotaging the inauguration itself. Reports came in from James O'Keefe of Project Veritas this week as his organization once again went undercover in a liberal protest event and discovered that they were planning on disrupting a “Deplorables” grass roots meeting by setting off Butyric Acid bombs, which are stink bombs for you non-science people out there.

Now the “anti-fascism” group who threatened to set off stink bombs in the ventilation system are claiming that it was all just a joke and they knew they were being recorded. That's like when somebody gets called on in class and gives the wrong answer and then says, “just kidding.” Or that person who trips in public and then says that they “meant to do that.” Liberals will never admit defeat, but Project Veritas has irrefutable proof to the contrary.