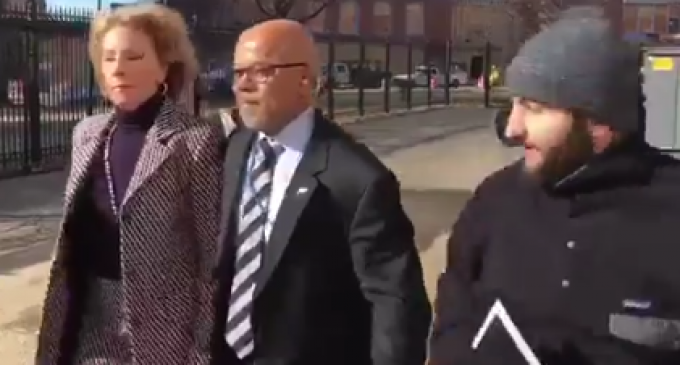 The assault on Secretary of Education Betsy DeVos isn’t over now that she’s been confirmed. The left have now moved from obstructing her confirmation to obstructing her ability to perform her job.

The main attack against Devos was that she was anti-public schools. This charge — stemming from her advocacy for school choice — never really made sense. Devos’ position is that the lack of choice allows public schools to become complacent. A competitive environment would force public schools to perform or risk a loss of funding or students.

Now that DeVos is in charge, the left literally aren’t letting Devos into the public schools she wants to improve. With this lack of willingness for change, it’s no wonder the public school system is doing so poorly. They refuse to accept any input criticism or input from the outside. They only want to be told how “great” they already are.

Read about how DeVos was denied entry into a D.C. public school on the next page: