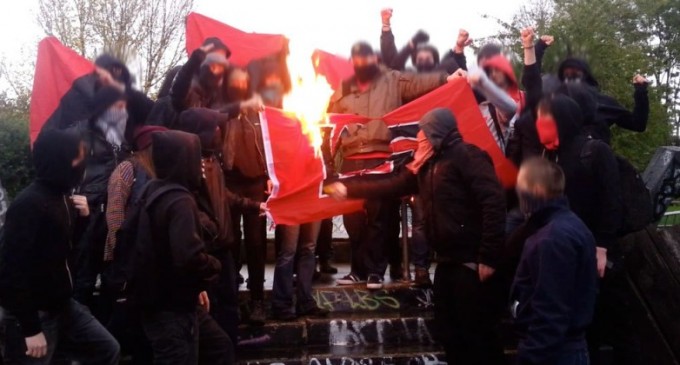 In a scene worthy of any dystopian film, a group of leftist guerrillas in Germany has threatened violence against their fellow citizens for resisting the tidal wave of migrants that is altering Europe's society.

Leftists have often used violence to gain the upper hand during times of social upheaval. Taking cover under the guise of “social justice” has long been an excuse to bring violence to people they hate.

From the Reign of Terror to the Russian Revolution, leftists have exploited the breakdown of nations to force their will on the exhausted and afraid.

The murder of Russian Royal children, the mass starvation in Mao's Great Leap Forward and the killing fields of Cambodia are all places the left planted flags of victory.

Now in Clausnitz in Saxony, a militant leftist group name Antifa has declared that it will perpetrate attacks against the native Germans unless they stop resisting migrants from the lands of jihad.

See the next page for the showdown in Clausnitz.