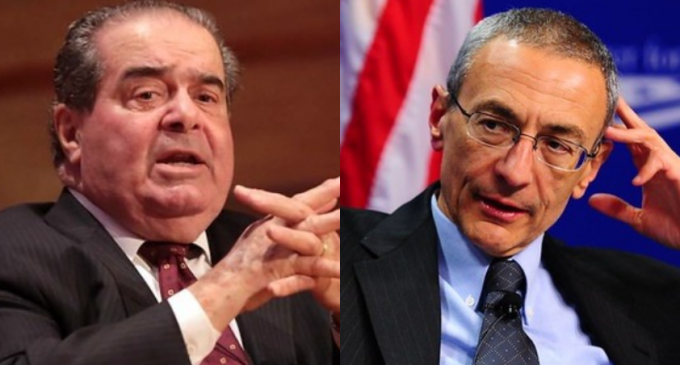 When JFK was shot and killed in November 1963, the local medical examiner wanted to perform an autopsy. Being a trained and experienced forensic pathologist he wanted to follow protocol. Even with a horrific event like the one in Dallas where the cause of death was obvious, an autopsy is performed to provide for any information that might be pertinent.

After the death of U.S. Supreme Court Justice Antonin Scalia, authorities in Texas said no autopsy was needed because Scalia had a multitude of health problems. He was not known, however, to have a terminal illness.

Presidio County Judge Cinderela Guevara declared — over the phone — that Scalia died of natural causes. She made the argument later said Scalia had a weak heart and high blood pressure.

Still, in keeping with protocol and simple common sense, would an autopsy not be prudent for a member of the highest court of the land?

Add to this fact the man was found dead with a pillow over his head and you have CNN crying in an opt-ed at the time that the main problem is “Scalia’s unexamined death will add to the conspiracy theory industrial complex.”

Yet another troubling fact was the language used in one of John Podesta's emails that uses a term originating with the Soviet KGB that's code for ‘assassination.'

Continue reading on the next page.