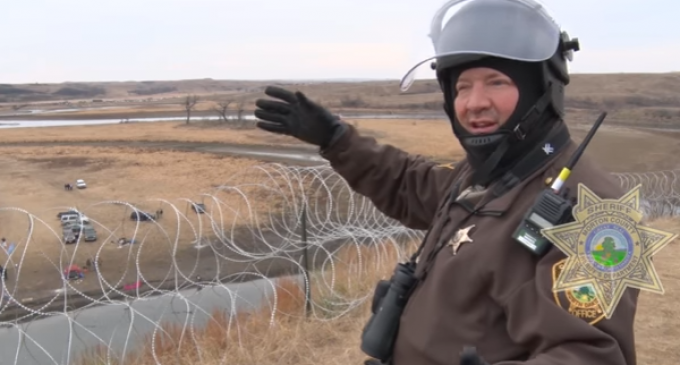 Things just got serious in North Dakota, and if they continue at the rate they're going, they may get very, very ugly as well.

For the past month or so, the nation's attention has been captured by the bands of protestors gathering near the Standing Rock Indian reservation. Claiming that a planned pipeline would contaminate the water the resident Native Americans drink, the demonstrators have gathered in support of them and urged construction on the Dakota Access Pipeline to cease. Supporters of the pipeline, however, maintain that it doesn't actually run through the reservation and that a number of similar lines already exist in the area.

Regardless of where one stands on the issue, the possibility for escalation between the protestors and law enforcement should give anyone who considers themselves concerned with justice pause and make them pray for a peaceful resolution.

Learn more about law enforcement's response to the Standing Rock protests on the next page: