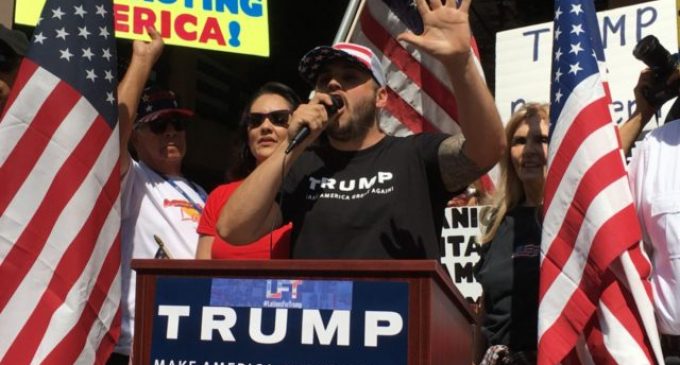 Rumors that Trump is backpedaling on his immigration stance have been greatly exaggerated. During his speech in Phoenix, AZ, he made his position on the matter crystal clear. There is only one path to amnesty, and that is through legal channels. Let illegal and undocumented people cry and complain all they want. Should Trump be elected, they will no longer be able to leech off the American economy, because there will be no sympathetic leadership seeking to secure votes through backdoor immigration policies. Those days will be long gone.

What this means for the eleven million undocumented migrants in the country is unclear at the moment. If Trump's words hold truth, they will be deported and told to secure citizenship through legal channels. Knowing this, why do people see Trump as such a bad guy? He's not talking about rounding them up and shooting them. He just wants the law to be followed, something that the Obama Administration seems to know nothing about.

Marco Gutierrez, the founder of Latinos for Trump, warned MSNBC's Joy Reid that should Trump not be elected there will be problems.