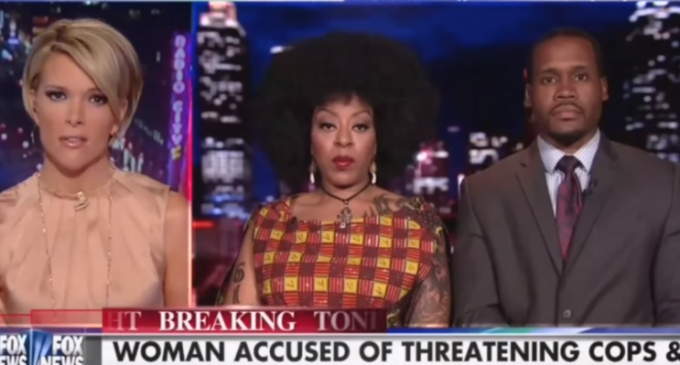 After being arrested for wielding a gun and machete while proclaiming an “open season on crackers,” in an online video, Latausha Nedd appeared on Fox News' The Kelly File in order to justify her blatantly racist remarks.

Nedd insisted her rant was taken out of context, and that her tirade was a form of “self-defense” against internet bullies. Unsatisfied with with that explanation, former lawyer and hard-hitting journalist Megyn Kelly pressed Nedd on how her suggestion to steal weapons from police officers and use of racial slurs qualified as “self defense,” Nedd claimed that when the whole video emerges, her name would be cleared. Nedd did not, however, show the video.

To see the whole interview, continue to the next page: