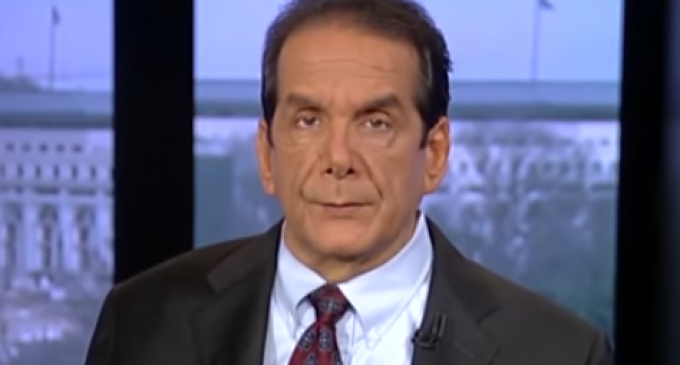 Whether Barack Obama ran for office knowing that he had no intent of following and enforcing the Constitution, or he determined once in office that the founding document was just too inconvenient for him, we may never know.  One thing is clear: the President just has no interest in following the supreme law of the land as Commander in Chief.

We know that he and his Justice Department helped to arm Mexican cartels with a vast arsenal of weapons in the well-publicized “Fast and Furious” scandal.

The administration has also used taxpayer dollars to transport and resettle illegal immigrants living in the United States, as was reported at the beginning of the year.

Conservative columnist, Charles Krauthammer says that if the Supreme Court rules in favor of Obama's executive amnesty that the rule of law as we know it is over in the United States.  To see what Krauthammer had to say, including that we might as well dismiss an entire branch of government continue reading on the next page: