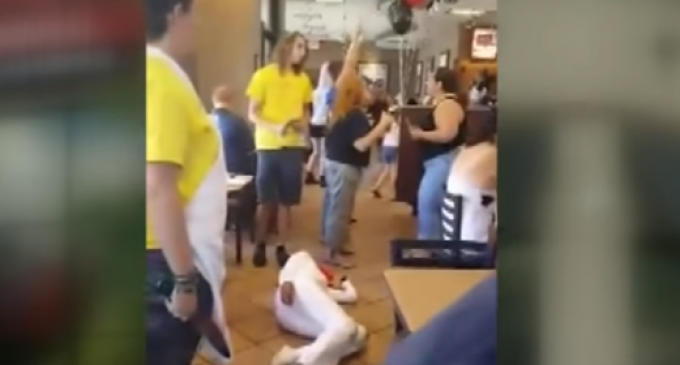 Terrorists descended upon a Chick-fil-a in Pinellas Park, Florida this week — but they weren't jihadists nor were they brandishing firearms or bombs. Instead, they were a group of vegan lefties.

Calling these animal rights activists “terrorists” might seem harsh, but they're employing all of the tactics necessary to justify the term. They used fear of violence in order to push their political, anti-meat agenda and did so in front of unsuspecting children and families.

It's the same sort of “protest” that has sprung up at college campuses across the United States. Young activists are no longer okay with freedom of expression and speech that goes against their beliefs. They want everyone to act and think like them, so they intimidate the rest of the community into submission.

Watch video of the scary moment leftists descended upon the restaurant with knives on the next page: