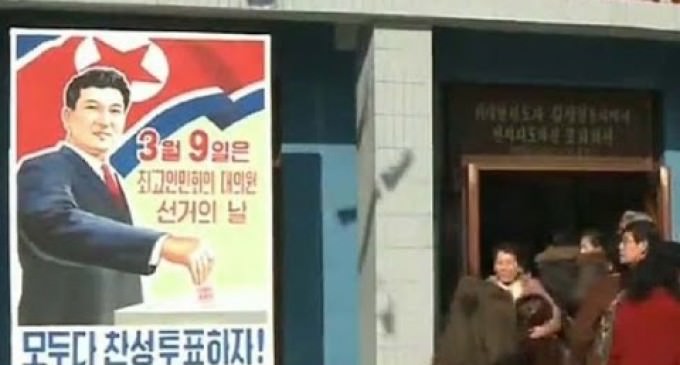 President Obama endorses mandatory voting, as he mentioned in a recent speech, saying that a system that compels everyone to vote in elections (and here he doesn't just mean American citizens, but illegal immigrants, too) will counter the undue influence of money on politics. This fits conveniently into the socialist narrative Obama and the Democrats like to spin about all Dems all being poor folk. You know, desperately poor like Hillary and Bill Clinton were after leaving the White house.

“Other countries have mandatory voting,” Mr. Obama said at a town hall-style event in Cleveland, Ohio, citing places like Australia. “It would be transformative if everybody voted — that would counteract money more than anything.”

But why just look at Australia as an example? After all, Australia's A$20 penalty for refusing to vote only results in a paltry reported 94% turnout. For really high voter-turnout, the Democratic Republic of Korea (North Korea) can't be beat.

How do they way they do things in Kim Jong Un's North Korea? You'll love this, or at least our current leftist regime would love to have a shot at a similar setup.

See the video explaining how North Korean elections boast a 99.97% voter turnout on the NEXT PAGE: