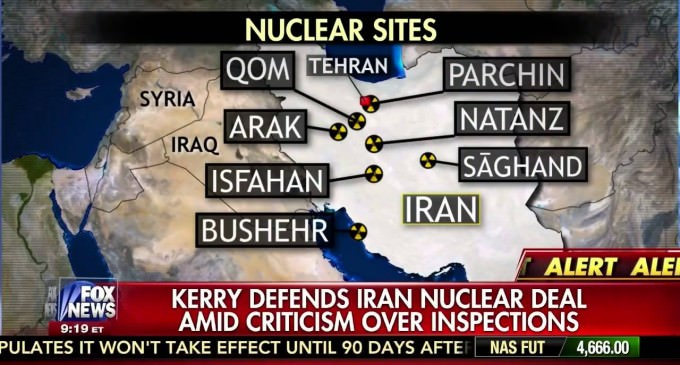 Secretary of State John Kerry attempted to defend the deal he brought back to congress after long negotiations with Iran. He now claims that ‘no nation on the planet' would permit anytime, anywhere inspections of its nuclear facilities. Kerry says that it was never on the table to require immediate inspections of Iranian facilities to determine whether they are being used to create weapons.

As you'll see in the video (after the break) history tells quite a different story. He must think the American public has a really short memory! Check it out as he is totally caught!