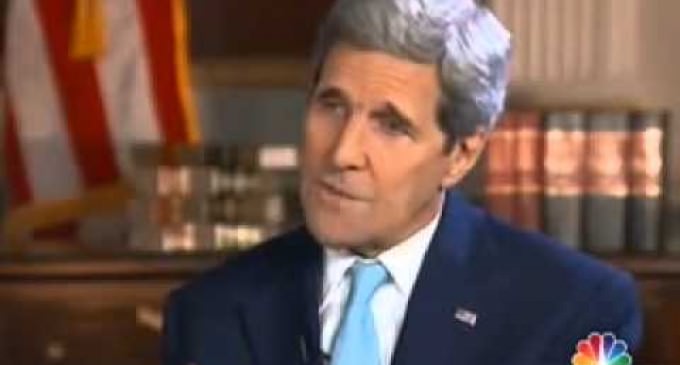 This is beyond comprehension. On Meet the press, Secretary of State John Kerry suggested that lifting the Iran arms embargo and permitting the terrorist state to foment terror was thrown in as an ‘add-on' to the deal. Remember Iran has continually acted aggressively toward the West and toward Israel and the United States in particular. The country was more or less under some degree of control due to the arms embargo, which Kerry says was casually lifted!

What's more, the White House has said that other things America should be demanding in the deal were off the table. We're supposed to accept that the hostages Iran is holding are just a separate issue. Surely John Kerry will be delighted to explain to the hostages and their families why their release wasn't also tossed into the deal as another ‘add-on'.

Watch the video clip of this interview on the NEXT PAGE.