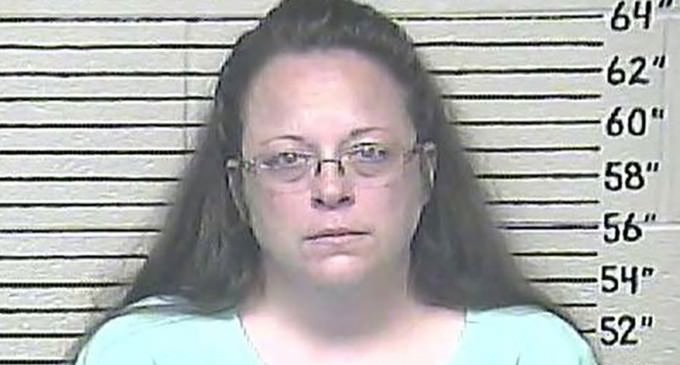 Kim Davis, the elected County Clerk in Kentucky who denied a gay couple a marriage license, has been released from jail.  She was held without bail this last weekend, citing her religious beliefs and going against her conscience as the reasons she could not comply with the request.

The story went nationwide, with different politically sided pundits weighing in, along with Presidential candidates Huckabee and Cruz who lambasted the court and sided with Davis.

Is the gay agenda’s end game to outlaw Christianity? See video next page: