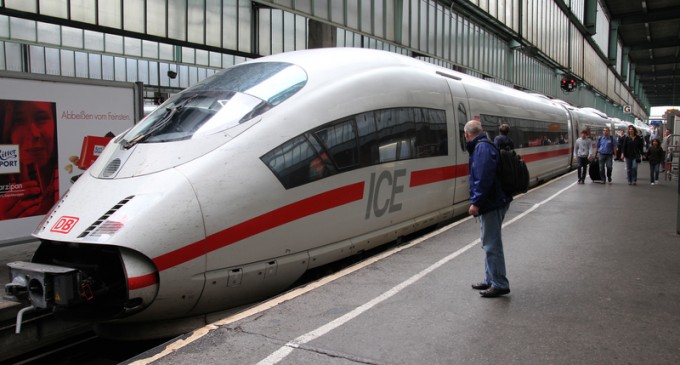 The immigrant rape culture that has exploded in Germany has created a need to protect women and children while traveling by rail.  The central German Regiobahn railway line, on Leipzig and Chemnitz route, has have a new train compartment only for women and children.

As reported over the past months, Germany's open borders have been detrimental to the safety of women and the culture of Germany.  Chancellor Merkel has put the safety of the citizen at the bottom of her to do list, while elevating the refugees needs as of utmost importance.  Even as sexual harassment and rapes have been continually reported at the hands of Muslim migrant men, the government seems to do nothing.

As one girl shared on social media in a 20 minute video, she was “so scared everywhere, for example if my family and I go out together, or if I see a movie with my friends. Usually I stay out until 6pm in winter, and it is so scary. It is just very hard to live day-to-day as a woman.”  Miss Wilhailm tells of her own personal experiences with Arab and Muslims migrants saying, “One day, my friend and I were walking down the street, and a group of Arabs were protesting and demonstrating. They shouted, ‘Allah! Allah! Allah is the one God! Kill those infidels! Allah Allah!’ What should I do? Should I wear a burka? Why should I have to convert to Islam?”  reported Truth and Action.

Because the government is not doing much to keep women like Miss Whlhailm safe, the German Regiobahn is.  Read more on the next page.