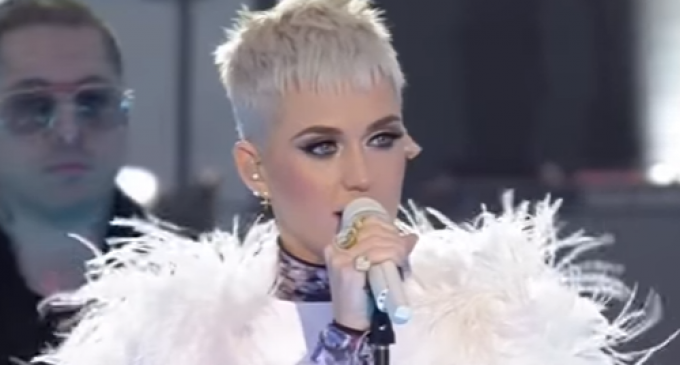 Apparent terrorism-expert Katy Perry is once again telling the world how to combat Islamist extremism across the globe in the aftermath the recent terrorist attacks in England.

Perry obviously isn't associating Islam with the attacks — despite the fact that ISIS has taken credit and the identified attackers are all of Middle Eastern decent. Instead, Kerry prefers to combat “hate” — a far more generic and more forgiving characterization of radical extremism.

And her plan to eradicate the world of “hate” is just as stupid as her inability to identify the haters. First, she said we needed to get rid of borders.  Then, in the aftermath of the second attack in London, she said something equally ridiculous.

See her new plan to thwart terror on the next page: