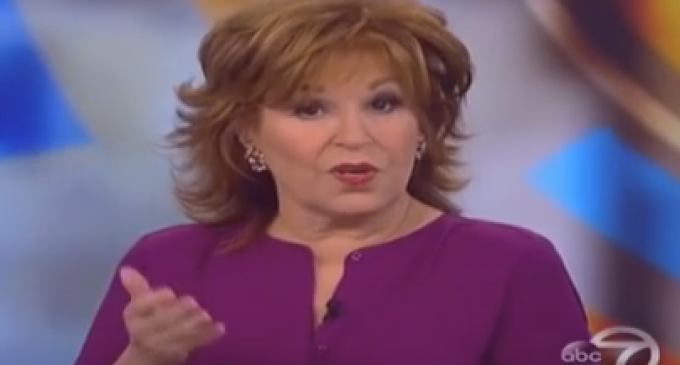 You know, maybe the feminists are right: there are people who think it's okay to make fun of rape victims. The thing is, it's not the people who they think are doing it.

With everyone and their grandma feigning hysteria over some unfortunate comments Donald Trump made in private over a decade ago, it's easy for these oh-so-concerned parties to overlook current instances of very public but no less unfortunate remarks. One might note how convenient this is for certain people (i.e. the hypocritical liberals who the media run interference for), but let's not get into that right now.

What we are getting into, however, is one of the most disgraceful displays in recent broadcast history. Discussing last Sunday's debate, the hosts of The View started to talk about the presence of three women at the event who were reportedly raped by Bill Clinton. The conversation was nauseating enough, but what Joy Behar had to say went well beyond the pale.

See Behar's comments for yourself on the next page: