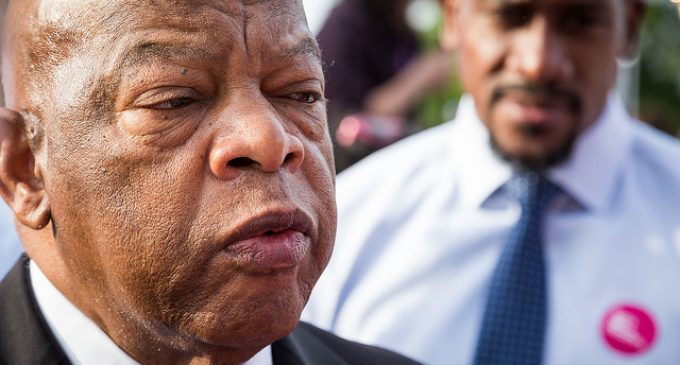 Rep John Lewis doesn't just think Trump supporters are “ignorant of history and uncaring”, he also claims to be privy to their extra-curricular activities.

His remarks at the Congressional Black Caucus Town Hall on Civil Rights were beyond inflammatory and racist. But, of even further interest is his (presumably) unwitting suggestion that the civil rights movement in the 60s were not all they appeared to be on the surface.

Lewis always brings up the past in his speeches. That is his claim to fame – he marched with MLK.

However, if his remarks on the next page are to be taken at face-value and analyzed through the lens of logic, not liberalism – Lewis may have very well destroyed the entire basis for his career.

Continue to the next page to read Lewis’s recent remarks attacking Trump supporters at the 2017 Congressional Black Caucus Town Hall on Civil Rights.