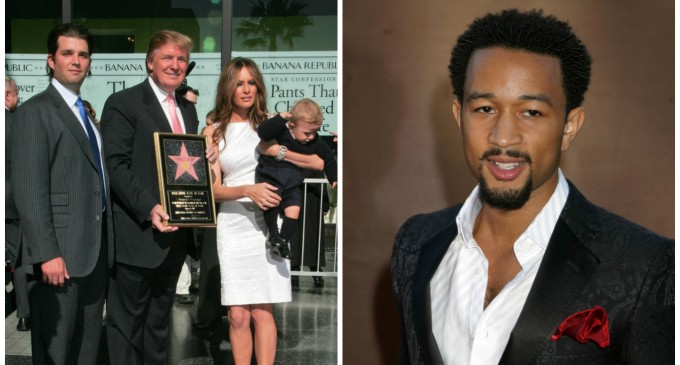 Trump Jr. and John Legend, in a fight reminiscent of the old playground argument of ‘my dad is bigger than your dad', broke out on Twitter.  Legend called Donald Trump “a racist” to which Donald Jr. responded by telling Legend that he cannot pull the race card as the answer for everything.

The incident occurred after the rally in Chicago was called off due to the violent nature of the anti-Trump protesters. Donald Trump, Jr. tweeted that when questioned as to why the protesters were at the rally, they could not even give an explanation.  His tweet read,  “The participation medal/micro aggression generation is pretty sad!”

This of course did not set well with Legend who fired back, defending the protester's motives, saying that Trump Jr.'s dad was racist.

Read more about the exchange on the next page.