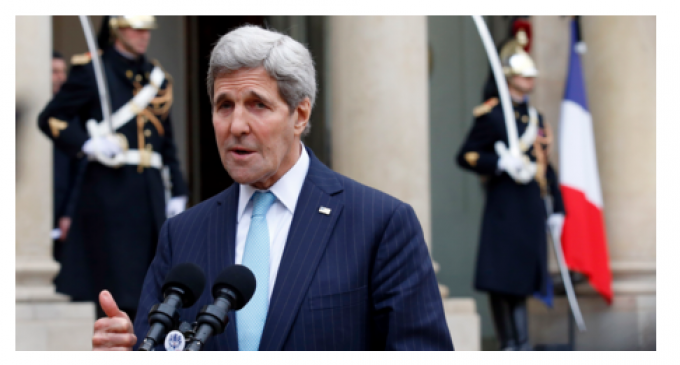 John Kerry, of “I was for the Iraq war before I was against it” fame, has put his foot deep into his mouth again, this time saying that there was a “rationale” for the terrorist attacks on the Charlie Hebdo offices in Paris last January. He even referred to it as a “legitimacy” at first, before catching himself and quickly walking back that particular term, opting for what he thought was the less inflammatory alternative of “rationale.”

In contrast, Kerry slammed the Paris attacks this past weekend, saying that unlike the attacks on Charlie Hebdo, they were not “to aggrieve one particular set of wrong. It was to terrorize people.”

One can't help but wonder whether Kerry would make similar, apologetic remarks about last Friday's attacks if the perpetrators said they killed all those people because of cartoons. Not to mention the fact that he implied that the Charlie Hebdo attacks weren't meant to terrorize anybody, least of all the staff of Charlie Hebdo.

See Kerry's shocking comments in full on the next page: