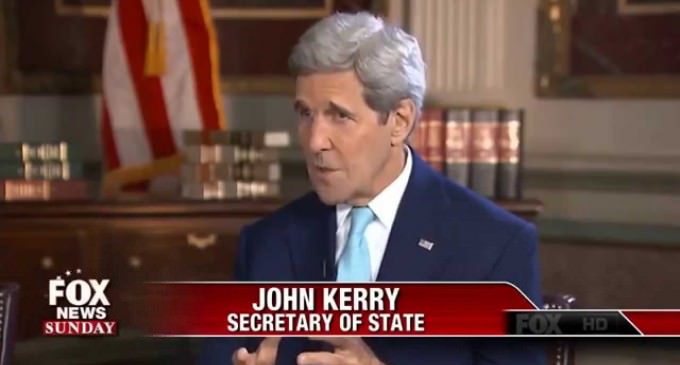 Talking on “Fox News Sunday” with host Chris Wallace, Secretary of State John Kerry insisted he never even discussed ‘anytime, anywhere' inspections of Iran during the negotiations. That's pretty surprising, especially since the deal does include plenty of benefits for Iran, like billions of dollars in eased sanctions.

Not only does Iran seem to have gotten the better of the inspections component of the deal, when it is signed, Iran gains another big benefit the mainstream isn't talking about.  This is absolutely a travesty!

Learn more after the break: