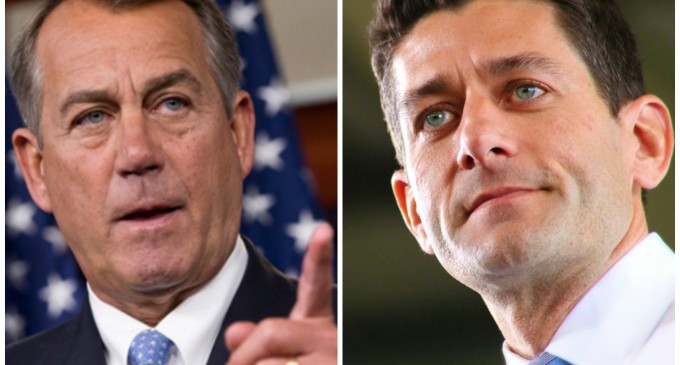 Cryin' John Boehner was a jackass when he was in office, and it seems he continues to be one since his forced retirement. When he was chosen by his fellow Republicans to be speaker of the house, few U.S. citizens knew who he was, but it seemed that the Republican party thought he was a great pick, so most party members accepted that he was an okay guy. But as the years rolled by, it became obvious that he was a spineless toady to President Obama, in addition to being a deal making, behind-closed-doors sneak who was willing to sell out the American people to keep the establishment Republican crowd happy.

The immigration problem continued to surge, and Boehner looked the other way because it satisfied big business donors looking for cheap labor. And when huge, bankrupting budgets were proposed by Obama, Ted Cruz and a few other congressmen stood up to object but were cut down by the wimpy Boehner who promised that if the American people would elect a majority House and Senate, then they would really drop the hammer on Obama and stop his out of control programs and spending. But when the people responded with record numbers of elected Republicans, they found out that it was all a lie, and that Mitch McConnell and John Boehner had no intention of supporting the base because their financial masters did not want them to.

Boehner is once again showing his true colors that absolutely ignore the public will and represent only the Republican party elite and their big business bosses.

Boehner stabs Republican base in the back again, page 2: