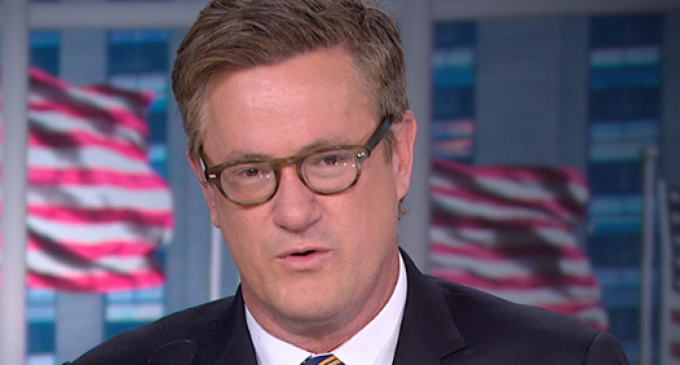 During an event this week in D.C., MSNBC host Joe Scarborough detailed his recently-announced split from the GOP.

Your first response to the news might be “Wait, Joe Scarborough was a Republican?” And you would be in good company. Scarborough’s only relevancy lately has come from his constant attacks against President Donald Trump. His hatred of Trump climaxed earlier this month after the president attacked Scarborough and co-anchor Mika Brzezinski over two-faced behavior.

So he was hardly an ardent supporter of the party to begin with.

But his official reasoning for leaving the GOP has nothing to do with Trump. Instead, he cites opposition to one of the main principles of the modern conservative movement. If Scarborough doesn’t agree with the GOP on this issue, it’s hard to see what how he was ever a Republican in the first place. He was probably a big government interventionist all along.

See what issue was the “final straw” for Scarborough on the next page: