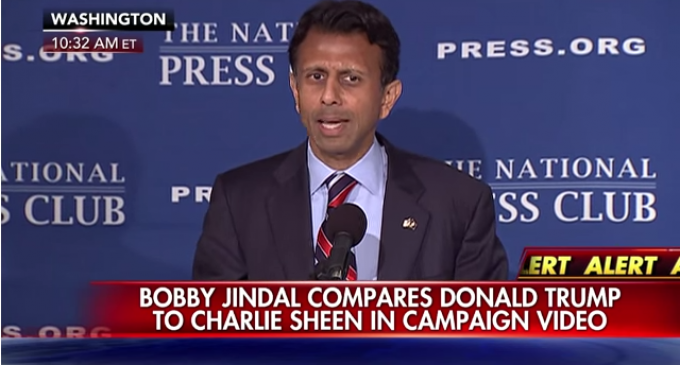 With the 2016 presidential elections coming up next year, presidential candidates are continuing to take pot shots at each other, many of which (or the ones the media is paying attention to) are coming from the same side of the aisle. Thursday at the National Press Club, presidential hopeful Gov. Bobby Jindal (R-LA) put a fellow republican on blast during his speech, and it'll probably take you less than one guess to figure out who . . . Donald Trump.