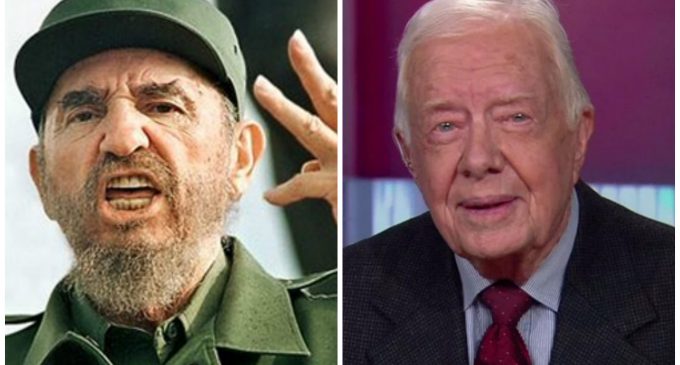 Liberal politicians across the globe have put their true character on display since the death of Fidel Castro. And now even some American politicians have begun to praise the communist dictator.

Canadian Prime Minister Justin Trudeau's reaction to Fidel Castro drew the most criticism this week. He called Castro a “remarkable leader” and expressed “deep sorrow” over the death of “Cuba's longest-serving president.” Apparently, they don't have a word for “dictator” in Canada.

But Trudeau isn't the only politician to heap undeserved praise on the totalitarian leader. Despite the fact that Castro was a fierce enemy of the United States, many liberal politicians in the Unites States have joined in, as well.

Barack Obama's eulogy of Castro was ridiculed because it failed to mention Castro's legacy as a violent dictator, but it mostly stopped short of praise. Former president Jimmy Carter, on the other hand, seemed more than willing to glorify the Castro regime.

See what he had to say about Castro's death on the next page: