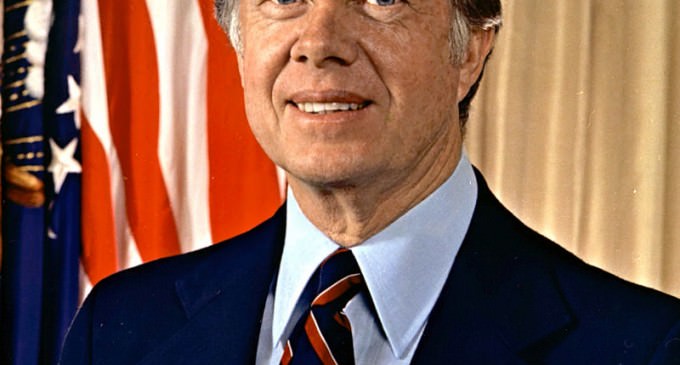 During his administration, Jimmy Carter banned Iranians form entering the United States because he was concerned some might be violent radicals.

After a week of histrionics from liberal media outlets and thousands of Facebook posts declaring Trump was like Hitler, we can now take a break for grown-up time and know that more than one President has shut the door on suspected violent immigrants:

Fourth, the Secretary of Treasury [State] and the Attorney General will invalidate all visas issued to Iranian citizens for future entry into the United States, effective today. We will not reissue visas, nor will we issue new visas, except for compelling and proven humanitarian reasons or where the national interest of our own country requires. This directive will be interpreted very strictly.

What? It's like Jimmah Carta was writing for the Trump campaign this week.

Jimmah is just like Hitla! Golly! But wait! There's more! President Carter actually forced Iranian's in America back to Iran. He deported them.

See the next for Carter's deportation efforts