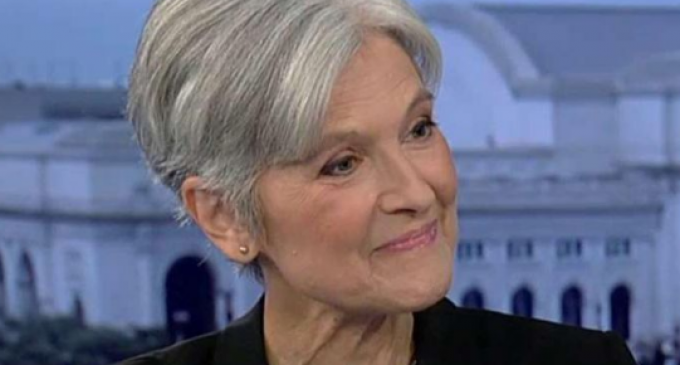 Jill Stein may have been an abysmal failure as a candidate for president, but she is doing a magnificent job of making a fool out of herself with her preposterous recount efforts in Wisconsin, Michigan, and Pennsylvania.  As election historians tell us, the likelihood of  just getting one of those states to flip from Trump to Clinton through a recount is vanishingly small.  Trump leads by just too many votes for a recount to make any difference.  But to get all three to flip so as to put Hillary in the White House?  That's just about as likely as Jill Stein winning the Electoral College vote.   Not going to happen.

But back to her current preoccupation with making herself look ridiculous.

That project is proceeding nicely as officials, pundits, and politicians from both major parties point out the futility of Stein's recount effort.  And the leadership of her own Green Party is disavowing any support for her.  Even her running mate has distanced herself from Stein.

However, she is attracting some humorists who are having a good time making poor Jill the butt of their jokes.

By the way, did you know that her ballot recount effort is really going to cost $33 trillion?  Didn't think so.  More on this stunning figure on page two.