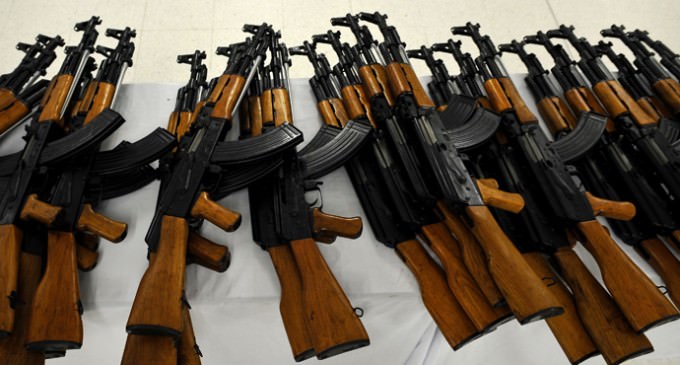 France has tight gun laws, and as of 2012 the French government was enacting legislation to tighten up on illegal gun ownership.  The French ban most guns.  So how did the terrorists in the Paris attacks obtain and house an arsenal?

This incident will again bring the gun debate full force.  ISIS is becoming more organized, yet certain facts about ISIS still remain the same.  ISIS is not an army with tanks and an air force.  ISIS moves in the shadows in Western Europe, and when they strike it is with suicide bombers and AK-47s.

The debate of having citizens legally armed cannot be ignored after these Paris attacks.  And it should be noted that a message straight from the attackers was directed at the US.

“But the American blood is best, and we will taste it soon”.