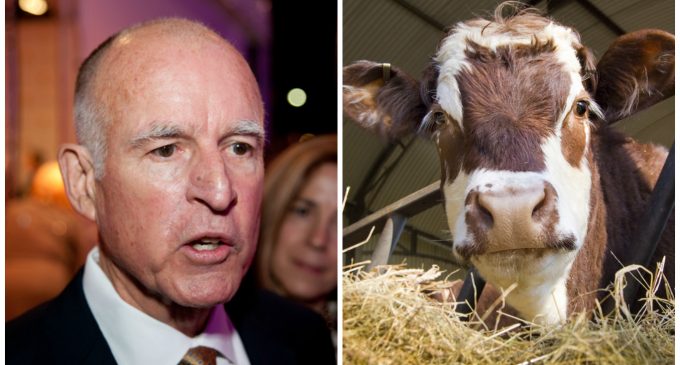 Ever since climate change became an issue in the political arena, the government has been doing everything it can to stem the alleged release of gasses into the atmosphere. Thus, all of the green movements that have become popular or forced amongst populations in states like California. For years now, Conservative journalists and politicians alike have been making jokes about how soon state governments and possibly the federal government would be seeking to control sources of methane gasses like the kind released when cows far. Well, today that possibility has become a reality.

Read the science behind this absurdity on the next page.