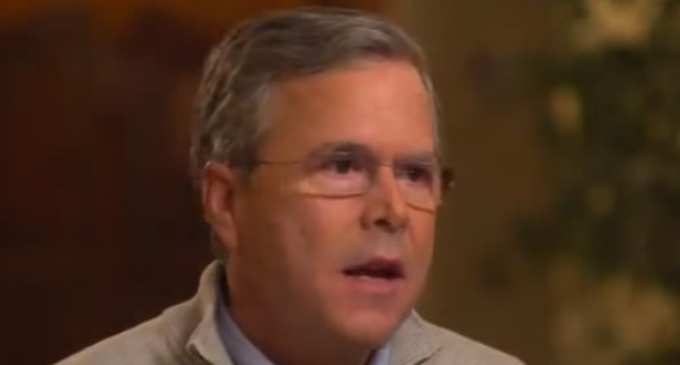 He was tough on crime with his Attorney General Charlie Crist, nicknamed “Chain-gang Charlie”. (That guy’s evolution is another story…)

He had disadvantaged children going to private schools on vouchers, lifting them out of the hellish environment of left-wing indoctrination centers. The left-leaning Florida Supreme Court deemed this unconstitutional and the poor kids were sent back to their respective programming centers.

Then… Jeb was done with his terms as Governor and he began to “evolve.”

He started running around on speaking tours and trying to distance the Republican image from Ronald Reagan and embracing amnesty programs.

See the next page for more on Jeb’s sprial