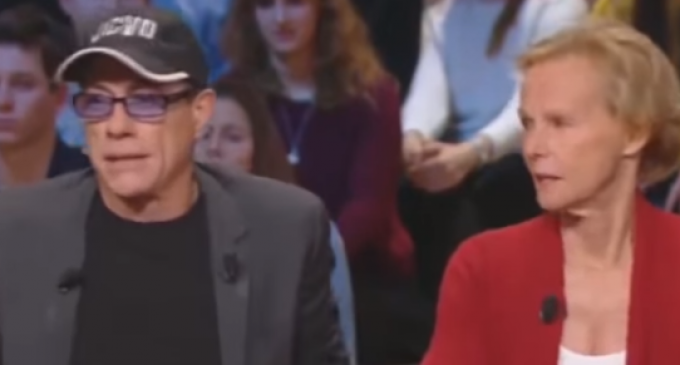 How does Globalism get fixed? According to Jean-Claude Van Damme, martial-art movie star of the 80's, it gets fixed by getting rid of the globalist.

During a French talk show they asked Mr. Van Damme if he knew anything about politics, in which he firmly defended his philosophy that Donald Trump will not win the U.S. Presidential elections due to the fact that the Rothschilds' and the Rockefellers' won't let it happen.

It has been openly noted by many in political positions that Trump isn't an insider affiliated with globalist conspiracy, and Van Damme‘s opinion of Trump brings up a good point of this. In the video on the next page Van Damme shares that if he himself has goods, and worked all his life for his family, for his friends, for his country where he pays taxes, he says that “what (Trump) wants first in my opinion is to protect his interests, whereas someone who works for free is dangerous.“

Are globalist entities like the Rothschids' and the Rockeffelers' really going to make sure Trump doesn't get elected into office?