In recent years we have seen a rapid increase in the use of remote-controlled and autonomous weaponized drones coordinating with troops on foreign battlefields, so it should not be surprising if Jade Helm is, in part an experiment in directing military troops and hardware using artificial intelligence (A.I.). 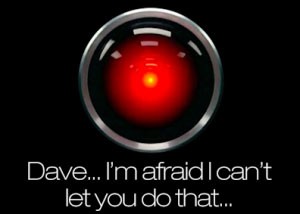 Analysts believe the “JADE” in Jade Helm is the name of a DARPA-sponsored A.I. computing technology in charge of the drill and that it is able to use predictive algorithms to produce strategies to “master the human domain.”

As Level9News reports under the banner, “Rise of the Machine”:

“JADE” is an A.I. quantum computing technology that produces holographic battlefield simulations and has the ability to use vast amounts of data being collected on the human domain to generate human terrain systems in geographic population-centric locations to identify and eliminate targets, insurgents, rebels or whatever labels that can be flagged as targets in a Global Information Grid for Network Centric Warfare environments.

The JADE II battle field system is cognitive and intuitive. It can examine prior executed battle plans and and devise ‘new and better’ strategies to increase the ‘kill chain’. The II generation of JADE has the capability for two way communication with drones through the OCCOM technology which is one of the next generation integrations to this system.

In short, JADE HELM will not be battles directed by Generals and Military Commanders, but by a computer. It is a cognitive software program based on a Network Centric Warfare System at the HELM.

John B. Wells also discusses the Jade Helm situation and the sinister overtones of domestic military exercises related to preparing for martial law in an episode of his webcast, Caravan to Midnight. Catch the episode and see a public Department of Defense (DOD) document related to the use of A.I. after the break: