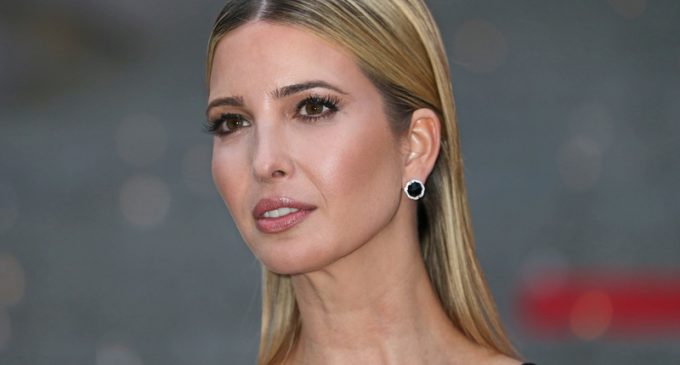 Ivanka Trump continues to flex her influence in White House. Now that she and her husband, Jared Kushner, both have official administration roles, the first daughter is attempting to shape the administration’s climate change policy. As always, she’s trying to make it much more liberal.

It’s hard to see what advantage Ivanka gets from peddling leftist policies from within the White House. Despite her best efforts, she’s not getting any acclaim from the left. This week, Will and Grace star Debra Messing attacked the first daughter from the GLAAD Media Awards stage, telling her to “stop blindly defending your father.”

In reality, Ivanka may be the most critical voice within the Trump administration. In fact, her liberal arguments have gotten so persuasive, many Republicans are concerned she’s become too powerful. Even a climate scientist recently urged the president to ignore his daughter’s climate change proposals.

But Ivanka continues to push the issue. Now, she is officially working on the administration’s climate change policy.

See what role she will play in US climate talks on the next page: