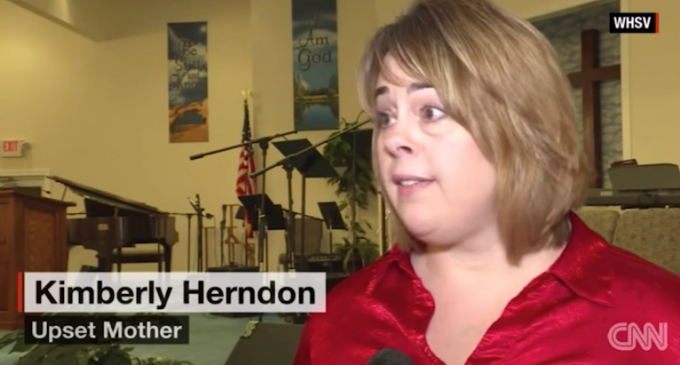 Christmas break came early for the students in the Staunton, Virgina school district when their classes were canceled due to the controversy surrounding the Islamic calligraphy lessons given to the ninth grade World Geography class.  As reported by Truth and Action, the “district closed schools the Friday before Christmas holiday as the media covered the complaints regarding the assignment, resulting in an onslaught of phone calls and emails.  An increased police presence was felt necessary, as well as the closure, as some of the tweets and emails raised concern.”

More has been uncovered since the original story about the forced writing of the shahada-the Islamic statement of faith took place.

Not only were the students forced to practice Islamic calligraphy, that said, “There is no god but Allah, and Muhammad is the messenger of Allah”, but the Koran was circulated and girls were forced to put on a hijab and photographed for the yearbook, as well. One student in particular refused the headdress but ultimately felt forced to comply.

The teacher, Cheryl LaPorte, and the district seem to have no qualms regarding the one-sided exercise in religion and claim it lines up with state standards.

No where in the lesson were other religions, that are part of the Arab culture, brought in; nor did LaPorte pass around a Bible or Torah as a comparative pieces of literature.

The Virginia Department of Education curriculum framework for the World Geography lessons demonstrate that LaPorte's Islamic indoctrination is not compliant with state standards.

Read about the standards on page two and evaluate for oneself LaPorte's subversive intentions.