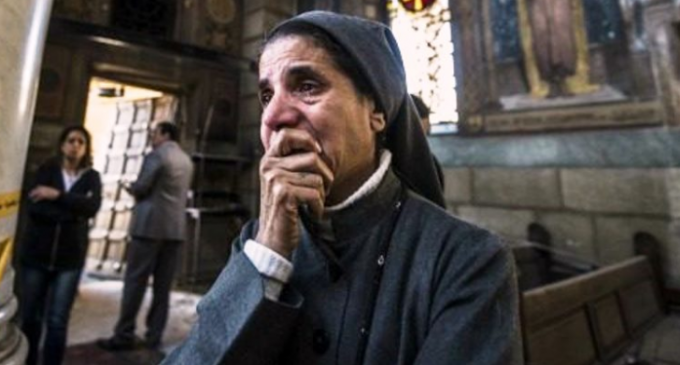 Suicide bombings have become par-for-the-course throughout the Middle East and even in some Western countries, where Islamic extremism is either thriving or on the rise. Mainstream media sees it as their imperative to ‘stop the spread of Islamophobia' in the wake of attacks, but when it comes to things like the recent bombing in Cairo that killed twenty-five Christians, how do you separate fact from fiction? What drives such brutal acts? Asking this question could shed light.

While there are some who practice it peacefully, what drives the more radically inclined? Could some of the more ‘bloody' practices of the religion fuel the more radical elements?

Take the Feast of Eid, for example, which took place in Bangladesh and and filled the streets with the blood of sacrificed animals.

Or how about the Day of Ashura festival in which Muslims brutalize and deform themselves for Allah? They literally take knives to their own flesh and carve themselves up. On the next page you will find pictures and video of the aftermath of the recent bombing in Cairo. There are highly graphic and hopefully serves to minimize the risk becoming desensitized to such tragic events, which are occurring with greater and greater frequency.