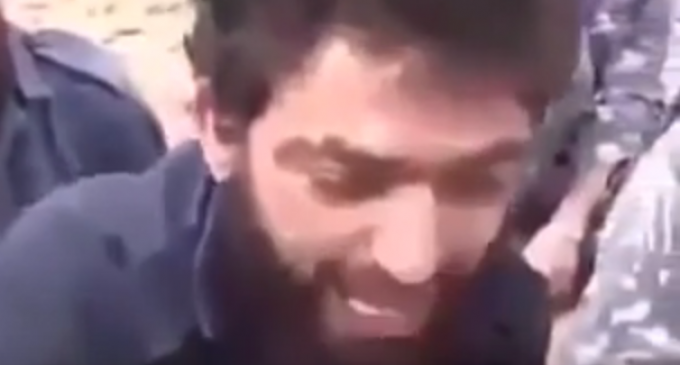 Not only is ISIS barbaric and cowardly, they also seem to be poor losers. In some footage you can watch on the next page, some captured ISIS soldiers can be seen . . . wait for it . . . crying like little girls. It would seem that they can dish out a lot of violence, but they can't handle it when it's inflicted upon them.

Should captured ISIS soldiers be shown mercy? Absolutely not. How many mothers begged for mercy as their children were slaughtered? How many fathers were forced to commit atrocious acts so that their families would be spared? How many daughters were forced into marriages to appease them? The things they've done go far beyond your typical violence, you almost need a whole new word to classify it.

Yes, people should be able to repent for their sins, but they should also be held accountable for them, which every last member of this savage terrorist group will do when they enter the next life.