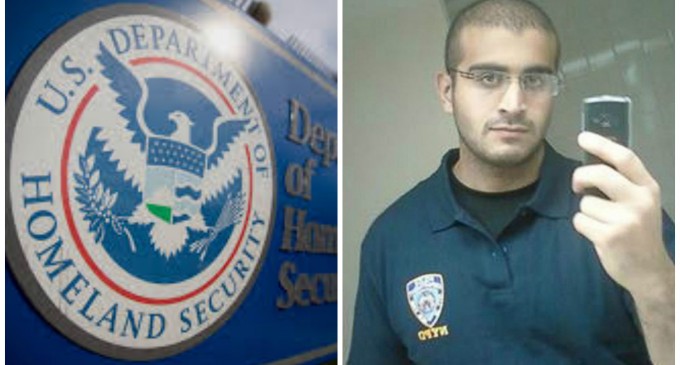 Many of the details surrounding the Orlando nightclub terrorist Omar Mateen are clear. What is becoming more clear, however, is that federal authorities screwed up — big time.

Omar Mateen first appeared on the radar of the federal authorities in 2013 when the co-workers reported that Mateen claimed ties to al-Qaeda and Hezbollah. The FBI investigated, but stopped short of using its most aggressive tools, such as Foreign Intelligence Surveillance Court (FISA) warrants.

While many view this as a simple case of ineptitude on the part of the federal government, many others believe there is something far more sinister at play.

To suggest that the government had some knowledge or even complicity in Omar Mateen's rampage Sunday morning sounds like a crazy conspiracy to some, but when one considers Mateen's ties to the Department of Homeland Security (DHS) — and DHS's history of Islamist infiltrators — the idea does not seem so farfetched.

To read more about how Mateen may just be the latest in a long line of Islamic extremists within the DHS under the Obama administration, continue reading on the next page: