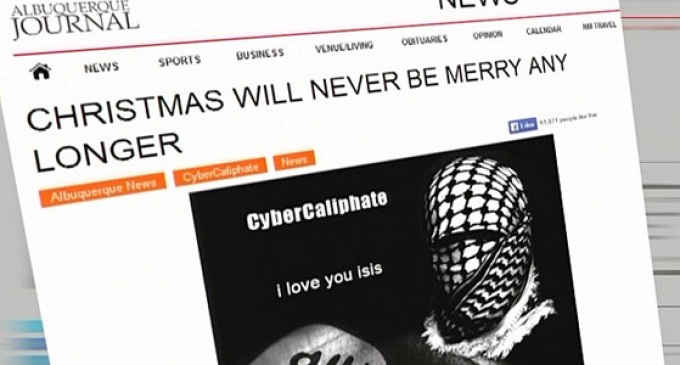 ISIS hacked into New Mexico’s largest newspaper, the Albuquerque Journal, this week and left a rather harrowing message:

“You’ll see no mercy, infidels. We are already here, we are in your PCs, in each house, in each office. With Allah’s permission we begin with Albuquerque.”

How accurate is their claim?

It leaves one to question, “Exactly how far has ISIS infiltrated vital sectors of the Internet?”

Well they probably don´t need to infiltrate or hack into anything, because with Obama they are already set to obtain control…