You may remember this exchange from the movie, A Few Good Men:

Kaffee: Colonel, I have just one more question before I call Airman O'Malley and Airman Rodriguez. If you gave an order that Santiago wasn't to be touched, and your orders are always followed, then why would Santiago be in danger? Why would it be necessary to transfer him off the base?

Jessep: Santiago was a substandard Marine. He was being transferred because–

Kaffee: That is not what you said, you said he was being transferred because he was in grave danger.

Kaffee: You said he was in danger, I said “grave danger?” You said “is there another kind?”–

Jessep: I recall what I said–

Kaffee: I can have the court reporter read back to you–

Jessep: I know what I said! I don't have to have it read back to me like I'm–!

Kaffee: Then why the two orders? Colonel?

Jessep: Sometimes men take matters into their own hands. 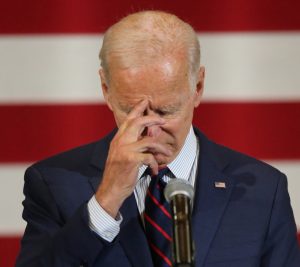 As the opening year of the Biden dictatorship disgracefully drags on and his level of lucidity wanes with every embarrassingly cringe-worthy press conference and CNN town hall, there are ominous warning signs on the horizon that predict this puppet presidency may be in the very same “grave danger” as depicted in the above dialogue exchange.  “Sometimes men take matters into their own hands.”

Is the Central Intelligence Agency plotting the public termination of Joe Biden as a prelude to a new presidency that neatly falls into the clutches of a Deep State entity bent on the total annihilation of the Constitutional powers of the United States of America?

This may not be fiction or conspiracy anymore.  As the Biden presidency stumbles along from one crisis to the next, and as the shadow creatures behind “Uncle Joe” who continue to pull his strings, fully aware of his multitude of shortcomings and making no effort whatsoever to stop him on his bumbling path, the embedded men and women in the darkest corners of the CIA are taking notes and planning grand chess moves that are putting Biden himself in the crosshairs of one of the most notorious and sinister “kingslayers” in our modern history.