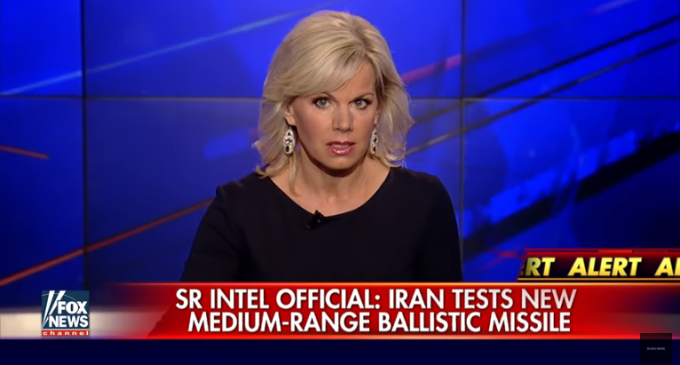 Iran recently tested a new medium range ballistic missile in clear violation of two United Nations Security Council resolutions, according to a senior U.S. official. Western intelligence indicates that the test was held on November 21st near the border with Pakistan at a known missile site by the Gulf of Oman.

It is not a surprise that Iran is violating the security resolutions, nor that they are racing to build ballistic missiles that will carry heavy payloads sufficient to deliver nuclear attacks up to 1,200 miles away. What is astonishing is that the U.N., including John Kerry, recently completed an agreement in which Iran promised not to develop nuclear weapons or conduct any work on ballistic missiles for at least eight years.

The agreement severely limited the ability of the U.N. to oversee Iran's nuclear program, which Iran insisted was to be for peaceful purposes, but even though the agreement was ridiculously one-sided in favor of Iran, the Iranian leadership refused to sign it at the end of the negotiations.

While the agreement was being written it was clear that it would not pass muster with the United States Senate which must approve all treaties entered into by the United States, as this surely was, but Obama insisted that he would push it through as an executive order. This was just the latest in a continuing series of actions that were in violation of the Constitution, but Obama has continually shown his disdain for the venerable document and the rule of law.

In the end, however, it was moot because no signed agreement was obtained. The Iranians have also shown themselves to be completely untrustworthy in any agreement that they make, but the U.N. has still indicated that they will uphold the terms of the agreement, even as the Iranians continue to violate any and all resolutions as they seek a clear and speedy path to become a member of the nuclear weapons club.

See next page for Obama's comments: