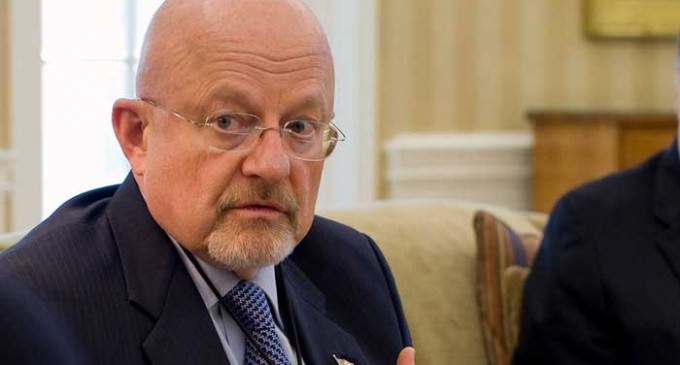 A bit of the exchange with the Director of National Intelligence that compelled Edward Snowden to break his silence:

Senator Ron Wyden, who is on the Senate Intelligence Committee and so knew the broad details of the NSA's mass surveillance program, asked Clapper at a Congressional hearing: “Does the NSA collect any type of data at all on millions or hundreds of millions of Americans?”

Clapper answered precisely: “No sir.” Wyden was clearly taken aback and asked again: “It does not?” And Clapper was equally clear: “Not wittingly. There are cases where they could, inadvertently perhaps, collect – but not wittingly.”

In retrospect, I was asked – ‘When are you going to stop beating your wife' kind of question, which is meaning not answerable necessarily by a simple yes or no. So I responded in what I thought was the most truthful, or least untruthful manner by saying no.

A real adult who says “the least untruthful manner”? This is what passes for a Director of Intelligence in modern Washington D.C.

James Clapper had a few other excuses to explain away his pseudo-deception, each one varying a little from the previous excuse. It painted a more truthful picture of the man then we could ever get from a Congressional hearing.

See the next page for James Clapper's latest excuse