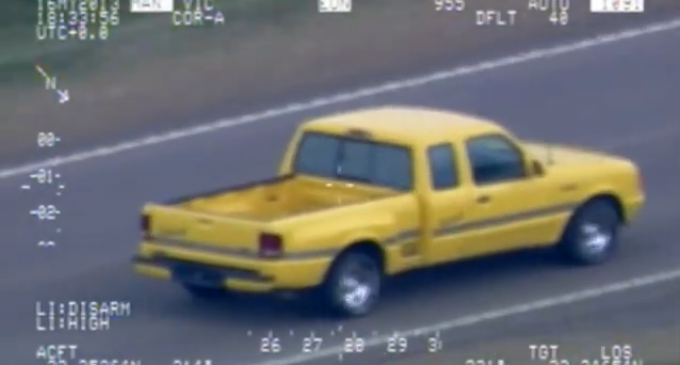 The latest machines of war to hit American streets are UH-72 Lakota helicopters and will be received by the Indiana National Guard, which will also be used by local law enforcement and DHS.

The chopper utilizes sophisticated sensor technology for “automatic target tracking”, which can “spot a weapon or read a license plate from a distance where the Lakota remains undetected,” according to a promotional video below.

The Dept. of Defense has been donating military machines and weapons brought in from our overseas wars to local law enforcement through the DOD 1033 program.

Police across the country become more militarized with each passing day.

“The Lakotas, manufactured by the Airbus Group, will also aid local, state and federal law enforcement agencies in case of an emergency,” reports the Indiana Daily Student, adding that the helicopters “will also aid in homeland security missions”.

The chopper is renowned for its “maneuverability and power” and also features sophisticated sensor technology used for “automatic target tracking” that can “spot a weapon or read a license plate from a distance where the Lakota remains undetected,” according to a promotional video for the helicopter.

The on board system can also transmit live video feed to a ground station up to 30 miles away while an individual can easily be followed via high power search lights linked up with the sensor system.

The chopper is normally used to pursue drug traffickers on the Mexican border as well as for search and rescue missions, but will now be utilized to keep tabs on residents of Indiana, which some will see as another sign of America’s increasing lurch towards a militarized police state.

Given that the Department of Homeland Security is now targeting groups named “Free Americans Against Socialist Tyranny” as part of its exercises, it’s unsurprising that many conservatives fear the federal government is paying an unhealthy amount of attention to people with certain political beliefs while some 68,000 convicted illegal immigrants are released each year.

As we have exhaustively documented on numerous occasions, federal authorities and particularly the Department of Homeland Security have been involved in producing a deluge of literature which portrays liberty lovers and small government advocates as extremist radicals, a chilling trend given the Lakota helicopter’s specialty at detecting guns from a distance.

The increasing use of military hardware in the field of domestic law enforcement has caused consternation amongst some who see the police’s role as changing from ‘protect and serve’ to treating the American people as some kind of enemy. Since the winding down of operations in Afghanistan and Iraq, the Department of Defense has been donating armored vehicles to the Department of Homeland Security which in turn has been selling them to police departments across the country.