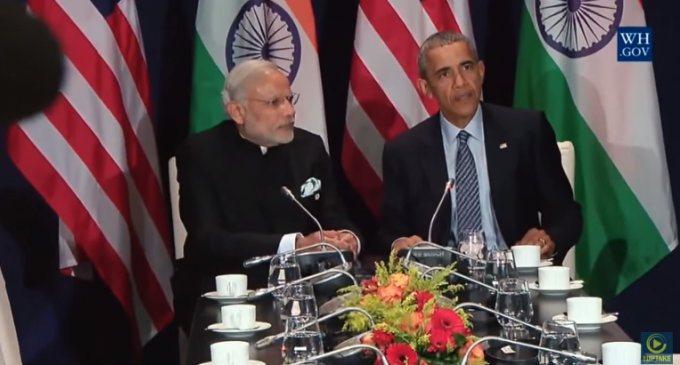 We have spent 50 years listening to left wing tripe about “colonialism” and all the evils it brought to this world. The story was always the western world forced it's way of life upon the unfortunates of certain locales, stealing their tea, killing their culture and making pale-faced babies.

While oft times this was true more or less, the nuances of this imperialism were always washed away in a tidal wave of social justice clap trap.

Now in 2015, India has spoken boldly about the United States pushing “Carbon imperialism” upon the less fortunate nations of this world. Secretary John Kerry said India would be a “challenge” to get then to the table on climate change agreements and India was having none of it.

The truth of the matter is now the rest of the world is feeling the imperial entitlement President Obama has conferred upon himself. It is not enough that armed ISIS and other jihadists, caused a global disaster refugee crisis and meddled in the destruction of Egypt, Libya and other Islamic states.

Now President Obama, will decree that developing countries must stay exactly as that and never aspire to the first world status of western nations.