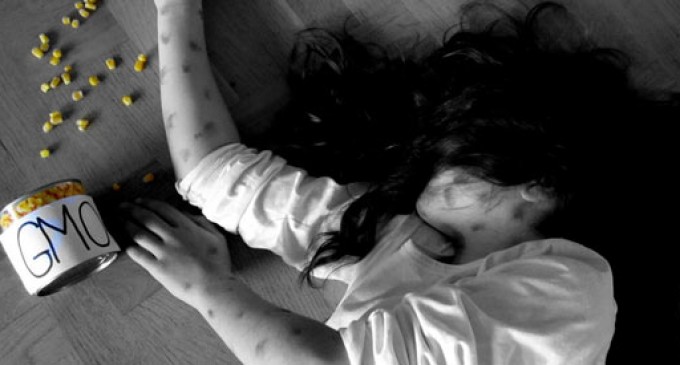 The citizens of Washington state will cast their votes on November 5th for the people's initiative 522, “The People's Right to Know Genetically Engineered Food Act”.

As in last year’s California Proposition 37 GMO labeling campaign, the opposition from industry is fierce, with millions of dollars being poured into the anti-labeling campaign.

This year, they've really outdone themselves, being caught in a money laundering scheme designed to protect the identity of food companies contributing money to defeat Initiative 522. As reported by SeattlePi.com.

“The food industrial giants gave individually in California last year, contributing to a $46 million war chest that narrowly turned back the labeling measure.

In planning the anti-522 campaign, however, Grocery Manufacturers Association CEO Pamela Bailey recommended creation of a fund — which became the Defense of Brand Strategic Account — in part to ‘better shield individual companies from attack.’ Donations would be laundered through the account.”

Most of the funding for the anti-labeling campaign in Washington State was donated by the Grocery Manufacturers Association of America (GMA). The big food and beverage companies that spent millions on last year’s No on Prop 37 campaign, however, remained curiously absent from any list of donors throughout most of this year’s No on Initiative 522’s campaign.

After being caught in their campaign money-laundering operation, a suit filed by Attorney General Bob Ferguson under Washington campaign transparency laws successfully revealed the identity and amounts of contributions to the fund!

Who wants to block your right to know what you're eating?

Check out this link to see which companies secretly contributed to the fund designed to hide GMO food ingredients in ordinary, healthy food.