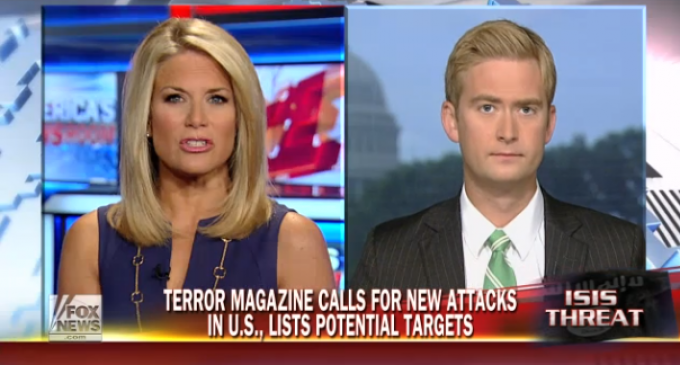 With fresh threats from the Islamic State and Al-Qaeda we might be looking at an imminent attack within our border.

High-level federal authorities have told Judicial Watch that ISIS is operating in the Mexican border city of Ciudad Juarez and planning to attack the United States with car bombs or other improvised explosive devices very soon.

Islamic terrorist groups are operating in the Mexican border city of Ciudad Juarez and planning to attack the United States with car bombs or other vehicle born improvised explosive devices (VBIED). High-level federal law enforcement, intelligence and other sources have confirmed to Judicial Watch that a warning bulletin for an imminent terrorist attack on the border has been issued.  Agents across a number of Homeland Security, Justice and Defense agencies have all been placed on alert and instructed to aggressively work all possible leads and sources concerning this imminent terrorist threat.

Specifically, Judicial Watch sources reveal that the militant group Islamic State of Iraq and Greater Syria (ISIS) is confirmed to now be operating in Juarez, a famously crime-infested narcotics hotbed situated across from El Paso, Texas. Violent crimes are so rampant in Juarez that the U.S. State Department has issued a number of travel warnings for anyone planning to go there. The last one was issued just a few days ago.

Intelligence officials have picked up radio talk and chatter indicating that the terrorist groups are going to “carry out an attack on the border,” according to one JW source.  “It’s coming very soon,” according to this high-level source, who clearly identified the groups planning the plots as “ISIS and Al Qaeda.” An attack is so imminent that the commanding general at Ft. Bliss, the U.S. Army post in El Paso, is being briefed, another source confirms. The Department of Homeland Security (DHS) did not respond to multiple inquiries from Judicial Watch, both telephonic and in writing, about this information.

The disturbing inside intelligence comes on the heels of news reports revealing that U.S. intelligence has picked up increased chatter among Islamist terror networks approaching the 13th anniversary of the 9/11 attacks. While these terrorists reportedly plan their attack just outside the U.S., President Obama admits that “we don’t have a strategy yet” to combat ISIS. “I don’t want to put the cart before the horse,” the commander-in-chief said this week during a White House press briefing. “I think what I’ve seen in some of the news reports suggest that folks are getting a little further ahead of what we’re at than what we currently are.”

A recent Al Qaeda magazine not only states that attacks on America are imminent, but offers specific targets to lone wolf terrorists inside the US to hit, like casinos in Las Vegas, military schools and oil tankers.

Obama doesn't yet have a plan to handle ISIS, which is BS as we all know this man is kicking back and letting the terrorists enter through our open borders. Once they attack Obama will finally be able to lock the country down.

The online publication, called “Palestine-Betrayal of the Guilty Conscience Al-Malahem” and put out by the media arm of Al Qaeda in the Arabian Peninsula, or AQAP, calls for Muslims around the world to follow “the recipe” provided to set off car bombs in crowded venues. It includes a timeline of “selected jihadi operations” that the Middle East Media Research Institute (MEMRI), which first flagged the slickly-produced latest edition of the terror publication, finds chilling.

“The timeline concludes with the date 201?’ and blank spaces and question marks for the photo and information of the next attack — implying that it is coming soon.” said MEMRI Executive Director Steve Stalinsky.

There is a suggested list of targets for lone-wolf, or individually executed, terror attacks, including New York's Times Square, casinos and night clubs in Las Vegas, oil tankers and trains, the Georgia Military College, the U.S. Air Force Academy in Colorado Springs, and General Atomics defense contractor in San Diego.

“This recipe gives you the ability to make a car bomb even in countries with tight security and surveillance,” one article reads, before providing a “shopping list” of supplies needed to make such a bomb, including cooking gas, oxygen gas, a barometer, decoration lamps and matches.

There is also a list of targets in Britain including a military academy and the Marks and Spencers chain of department stores. The magazine calls for the stores to be hit on Friday during prayers so that Muslims won’t be affected.

Globally, AQAP calls for the targeting of tourist resorts frequented by Israelis, Britons and Americans.

In a nine-page spread entitled, “How to make a bomb in the kitchen of your mom,” the magazine details a do-it-yourself, illustrated guide on assembling a pressure-cooker bomb similar to the ones used in the Boston Marathon bombings.

“My Muslim brother, before you start reading the instructions, remember that this type of operation if prepared well and an appropriate target is chosen and Allah decrees success for you, history will never forget it. It will be recorded as a crushing defeat on the enemies of Islam,” the article says.

The “Palestine” magazine is a spin-off of AQAP's Inspire magazine, which mainly encourages and instructs jihadi recruits to carry out lone-wolf attack in the West. This new magazine is meant to play upon the recent anti-Israel and anti-U.S. sentiments brought about by the conflict between Hamas and Israel.

“Both AQAP and IS, as well as every other Al-Qaeda branch and offshoot is relying on U.S. social media companies including Twitter and YouTube for their cyber-Jihad efforts,” said Stalinsky, whose organization monitors the online and media activity of Jihadi groups and reported on the release of this publication. 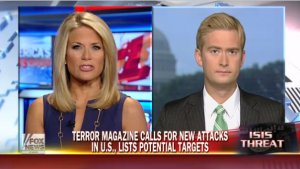